The Host star Max Irons has responded to being compared to Robert Pattinson.

The Twilight movies and The Host have often been grouped together in the media, due to them both being based on books by author Stephenie Meyer. 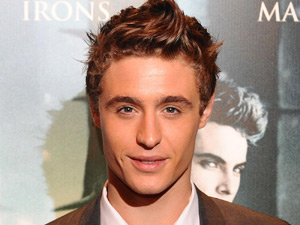 He went on to say more seriously: “It’s an honor – I think he’s doing very well for himself, he’s got some amazing projects coming out – so it’s a bit of an honor, but I think everyone’s an individual. But it’s nice to be likened to him.”

Irons was also asked if he and Pattinson had actually become friends, given that they both come from the UK.

“England’s a very small country. We all live together,” he teased. “We all know each other. We all know the Queen.”

His film The Host is the story of a group of resistance fighters trying to drive alien invaders off Earth.

The Host – which also stars Saoirse Ronan and Diane Kruger – opens on March 29 in the US and the UK.